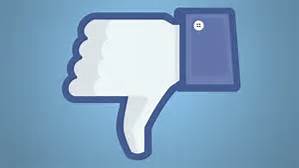 Forty days without Facebook…one day at a time

I have toyed with taking an extended breather from Facebook in the past, and decided this Lenten season would be the perfect opportunity for a 40-day break. Not that I am addicted to, have any particular problem with, or objection to, social media, but I sensed it would be a good discipline in making space for other things.

In my last post, Lent: Making Space for Loneliness, I wrote extensively about my extraordinary spiritual journey launched by giving up Facebook (and other social media). I don’t think it was solely the absence of social media, but rather the symbolic act of choosing to very intentionally create space, that paved the way for my rich spiritual experience. Aside from the spiritual, my break from Facebook was also an interesting anthropological self-study. Some of my lessons learned about Facebook (and other social media):

It is addictive. Although I don’t consider myself an abuser, during my first few days of cold turkey, I clearly exhibited minor symptoms of withdrawal. On Ash Wednesday, I posted a status update proclaiming I would be giving up Facebook for Lent and immediately got out of Facebook. I then fought several urges to go back and edit my status update (I of course had ideas about how I could’ve said it better) and to see if I got any likes or comments. I didn’t actually get the shakes, but I finally had to hide my iPhone in a drawer to avoid temptation.

The next day, I awoke and noticed how I reflexively checked my phone. I saw  that I had 4 notifications on the Facebook icon. It was really hard not to open the app. What if I was missing something important? What if someone posted something about me? What did people think about me not being on Facebook? Did they miss me?! I could feel the anxiety level rise. As I saw the number of notifications escalate, it felt like mild torture. I got an email telling me a new friend had sent a Facebook friend request and I spent far too long internally debating whether I should call her and explain. (What would she think of me if I ignored her for 40 days?!)  I thought about deleting the app from my phone, but when I tried, I got a warning about losing data, so I hunkered down for the long haul.

But you know what? By the end of the first week, I was perfectly fine without Facebook. I began to feel less anxious being completely off social media. It was one less thing to keep up with. It was like a high-maintenance person had left the room and I could relax.

It can be an escape. I began to notice that I often turn to Facebook and Instagram, or sometimes Twitter (which I don’t use that often), when I am bored or lonely. It can also be an incredible time suck. I can spend hours going down rabbit holes (Oh, look!  A video on Michael Jackson first doing the Moon Walk! Oh, wow! An interesting article on the train system in Italy!) when I intended only to quickly check my notifications. Not having social media as an option forced me to be creative when I needed something to do. I found myself reading more books and magazines, and paying more attention to what was happening in the real world surrounding me (rather than focusing on the virtual world). I began to wonder where I ever found time to spend on Facebook.

It is its own superficial and distorted world. I found, during my break from social media, that I was taking far less photos. I realized that when I went somewhere that might qualify as “fun” or “interesting,” I was too often thinking about getting a photo, only so I could share what I was doing or where I was on Facebook.  There is a huge temptation to “brag” about how wonderful our lives are. The first weekend of my Facebook ban, we went wine-tasting in Paso Robles, and I was dying to post pictures.   By the time we went to Spring Training baseball in Scottsdale, AZ a few weeks later, I didn’t even think about posting. Without the pressure to be constantly reporting on my activities, I found I was more present in my real world experiences and able to more fully enjoy the moments. Likewise, I discovered that constantly looking at others’ “perfect” Facebook lives can be unhealthy;  particularly when it encourages unfavorable comparisons or jealousy. It is hard to get a realistic picture of people’s lives solely through their Facebook posts.

It can be divisive.  Particularly in an election year, especially this election year, I often find the political discussion upsetting. I am all for freedom of speech, but the tone of discourse can, and does, get nasty. I grew up with my mother’s admonition that sex, religion, and politics are not topics for polite company and that is my own self-policing rule on social media. Mostly, I find the lack of respect (and common sense) in the virtual world distressing, and from that standpoint alone, the break was welcome.

There are positive aspects. I came to the conclusion that about 75% (maybe more) of the time I spend on social media is fairly useless and unrewarding – for example, scrolling through updates on people or things that are not that important or relevant to me. However, the other 25% is what I love about it. During my absence, I missed my core group of Facebook friends (scattered near and far geographically) with whom I treasure contact. I wondered how they were doing, and I missed seeing their updates and comments. I also found that, in some of my social groups (like my Book Club), we use Facebook very effectively as a form of communication and organization. At times, I felt out of the loop and had to more proactively reach out via other avenues to get information (which is not a completely terrible thing).

My new outlook. As the end of Lent approached, my husband joked that I would need to reserve the entire afternoon of Easter to catch up on Facebook. However, I felt surprisingly ambivalent about getting back to social media. Sure, I missed aspects of it, but I’d also become accustomed to the extra space without it.

On Easter Sunday, we came home from brunch, and I opened Facebook.   After an extended absence of 40 days, it took me about 20 minutes to catch up. Whereas before my break I might have gone through each of the 100+ notifications more carefully, now I simply skimmed for the things that looked important. I’ve since found that Facebook re-entry has been a tad overwhelming. After becoming accustomed to the relative calm of no social media,  I now pretty quickly reach sensory overload.  It feels like that high maintenance person has re-entered the room.

In the future, I intend to enjoy the positive aspects of social media that bring me joy, but I will strive to avoid or minimize the unhealthy parts. I also see the benefits of periodically taking breaks. I thought of Noah, who spent 40 days and 40 nights on the ark when God wanted to cleanse the world, and then waited another 40 days to open a window after it rained. The last 40 days have been a good cleansing for me; an opportunity to reassess the role social media has in my life. And now, its time to carefully re-open the window and enjoy the photos of my dear Facebook friends’ vacations and grandchildren!

10 thoughts on “Forty days (and forty nights) without Facebook”