This week I turned fifty-seven and a half. When I was growing up, our family celebrated half-birthdays. The half-birthday honoree was allowed to pick his or her dinner of choice, and I always chose hot dogs and chocolate milk. 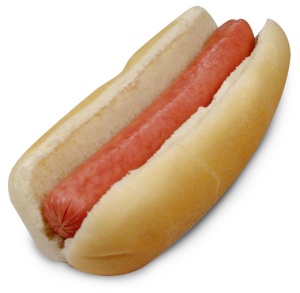 My half-birthday dinner of choice.
A plain hot dog.

The half-birthday celebration was particularly important to me, since my birthday is in early August, a terrible time for a kid in a Navy family.   We were almost always either in the process of moving to, or had just arrived, someplace new. In either case, my hopes for a fancy birthday party with friends, which is all I ever wanted (that, and a new Barbie), were constantly thwarted.

Looking back, I’m pretty sure my mother concocted the half-birthday tradition just for me, mainly to mitigate her guilt over my lack of fancy birthday parties with friends, knowing how gypped I felt. My brothers didn’t seem quite as taken with the half-birthday idea as I was. And the whole family made, in hindsight, a suspiciously over-enthusiastic celebration out of my half-birthday. I suspect they were all in cahoots with my mother, forced to be cheery under severe threat of retribution.

In any event, I enjoyed my half-birthday hot dogs, and to this day, I still keep half-birthdays on my calendar – my husband’s, my son’s, and mine. Not that we do anything special, but I still smile when I see a half-birthday on the calendar. 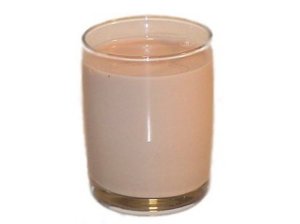 My half-birthday drink of choice.
Milk with Bosco chocolate syrup.

In my mind, fifty-five was cool. It meant I was eligible for early retirement, and still sounded relatively young. And what could be more hip than a financially independent, relatively young woman? I couldn’t wait to turn fifty-five! But now the years are flying by and I am swiftly approaching SIXTY. Try as I might, I doubt I’ll feel as snug about SIXTY as I did about fifty-five.

Coincidently, this week I read a post entitled The Old Woman I Want to Be on NotQuiteOld, a blog I enjoy following. Nancy Roman, the blogger, recently celebrated her sixty-fifth birthday, and reflects on the significance of this milestone and how she wants to live her remaining years. A sentiment in her post that particularly resonates with me is her fear of wasting time. She writes, “I want to make the most of whatever time I have left – and to enjoy that time. Maybe that still means television and shopping. But maybe not.”

I’ve increasingly noticed in myself that urgency to use my time wisely. This week, during an Ash Wednesday service, I unexpectedly decided to give up Facebook for Lent (and I’m not even Catholic), partly because I often find myself wasting time on it almost reflexively, and I want to make space for more intentional pursuits. (I’ll see if I can link this post to Facebook automatically so I don’t blow my vow on Day Two and enter the forbidden land!)

When I was young, time seemed to be an infinite commodity. I had endless new adventures and new stages of life to look forward to. Not so the older I get.   Today I have the health, resources and time to do almost anything I want. I worked hard all my life to get to this point and I want to squeeze as much as I can out of every day. I am acutely aware that this stage is finite and I want to take full advantage of it while it lasts. This outlook may partly stem from my fairly recent experience as the child in charge of care for both of my parents at the end of their lives. I saw how quickly their lives changed when their health declined.

The flip side of this urgency to live as if I were on leave from death row is that, taken to its extreme, it can be crazy making. Not every day or moment can, or should be, filled with ultra-significant moments or experiences. Left to my own devices, I can easily fill our calendar with terrific events every day of the week, in the process wearing myself out and driving my husband mad. As Nancy quotes John Lennon in her post, sometimes “time you enjoy wasting is not wasted time.”   It all comes down to finding that right balance.

With that, I think that I will go waste some time and make myself a hot dog and some chocolate milk. Happy half-birthday to me!

7 thoughts on “Fifty-Seven and a Half”